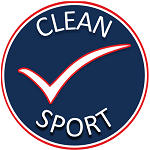 Is my calmer FEI legal?

It is hardly surprising that one group of supplements that the FEI regard as “performance enhancing” is calmers. So we shouldn’t be surprised that they, and some of the national federations, are showing an increased interest in these products and their ingredients. Under particular scrutiny are herbal and “natural” products.

Here is an extract from the US Equestrian Federation (USEF) Guidelines & Rules for Drugs and Medications:

“CAUTION AGAINST THE USE OF HERBAL/ NATURAL PRODUCTS.

TRAINERS, OWNERS, EXHIBITORS, AND THEIR VETERINARIANS ARE CAUTIONED AGAINST THE USE OF MEDICINAL PREPARATIONS, TONICS, PASTES, POWDERS AND PRODUCTS OF ANY KIND, INCLUDING THOSE USED TOPICALLY.

I’ll put a much longer extract at the bottom of this article.

Those of you who are familiar with the FEI Prohibited Substances list will know that some of those on the American list are already included on the FEI list and some are not. Included are:

In the UK and Europe you will find many of the herbs that are on the USEF list but not on the FEI list marketed as being FEI legal. So clearly there is some discrepancy between the different jurisdictions – or is there?

The FEI has a statement in its rules that I think is very clear. Others clearly don’t agree with me:

“The FEI has published a warning regarding the use of supplements (including herbal supplements) and products of which the ingredients are unknown. Any substances which affects the performance of a horse in a calming (tranquillising) or an energising (stimulant) manner and which contain a Prohibited Substance are forbidden. Athletes should also be aware that the use of a calming product during competition may also have important safety consequences.”

The Americans have stated that while they may not have been testing for some of these ingredients in the past that may not be the case in the future. So it would be wise for riders, vets and trainers to take the USEF list seriously.

Some people may be confused about what causes a calming ingredient or drug to be put on the FEI list. I think the drug case is pretty simple. Almost by definition a drug forces the horse’s brain/body to do something unnatural. So drugs marketed as sedative, tranquilisers and anti-anxiolytics are almost automatically on the list. A good example is a drug called GABA. GABA is a naturally occurring amino acid that works as a neurotransmitter that down-regulates nerve and hence brain function. Most people will be familiar with human drugs that mimic GABA (technically called GABA agonists) because we have all heard of Valium (diazepam) and its herbal equivalent Valerian. We should all be aware that all three of these are on the FEI list along with a number of other pharmaceutical GABA agonists mostly with names we can’t pronounce.

What most riders probably don’t know is that many of the herbs on the USEF list that are not on the FEI database are also GABA agonists or actually contain GABA itself. These include chamomile, hops, lavender, passionflower and skullcap.

So are these banned?

Well I think they are because the FEI clearly states:

Many herbs are on the USEF list because they work in the same way as an existing Prohibited Substance. The FEI is slowly adding more to the list. The GABA agonist Devil’s Claw was added a few years ago and alpha-casozepine (Zylkene) was added in Jan 2019.

Not all GABA agonists are herbs. Some of the amino acids used in calmers also have that effect – which is no surprise since GABA is itself an amino acid. Worry about Taurine, Theanine and Serine.

Likewise not all sedating herbs are GABA agonists. Many on the USEF list have different modes of action so the USEF and possibly the FEI are looking at other actives that they feel may have a physiological effect on horse performance.

SO WHICH CALMER INGREDIENTS ARE LEGAL?

Type “calcium” into the FEI database and no calcium containing nutrients come up at all. Calcium seems to have a clean bill of health at this stage. We believe that is correct because in our experience (and in our trials) traditional calcium supplements like limestone and DCP have no calming effect.

The chelated calcium products we sell enable normal functions within the body and don’t have any drug-like effect forcing the body to do something unnatural. If the animal isn’t calcium or chelated calcium deficient then these supplements have no effect at all.

The FEI database does however throw up 8 hits for calcium and they are all drugs called calcium blockers or calcium channel blockers. Interestingly one of the better known calcium channel blockers is magnesium – which is probably why injectable magnesium is on the FEI list described as a sedative. I’m not suggesting that oral magnesium supplements are prohibited because, though rare, magnesium deficiency is a possibility. But it is food for thought that maybe in the future the FEI will consider thresholds in the blood that are unacceptable. Indeed the USEF is working on exactly this issue:
https://journals.plos.org/plosone/article?id=10.1371/journal.pone.0247542.

Having mentioned some amino acids as probably prohibited there are others that appear totally FEI legal. Again these nutrients enable normal function but don’t force any mal-function. The two that come to mind in this category are Tyrosine and Tryptophan. Both can become deficient causing difficult behaviour. In those circumstances they help horses to remain sane (but not sedated). Again, if the horse isn’t deficient there are no side effects at the application rates used in calmers.

Other FEI legal calmer ingredients are pre and probiotics, antacids and other ingredients intended to support normal gut function.

The FEI lists two motives for putting ingredients on their list:

At EquiFeast we made a decision a number of years ago that we would not use ingredients that impair brain function in the horse because we won’t be responsible for impairing the brains of horses that are then ridden or put into situations where optimum brain function is a safety issue. So we don’t use any GABA agonists or other sedating herbs. We use TINY amounts of artificially supplemented magnesium but only in about 3% of the horses we deal with and only after testing the response of the horse to the additive.

Here are some links to peer-reviewed science that implicate some herbs and amino acids as having sedating modes of action. You will be surprised by many of the listed herbs. You probably think they are innocuous:

This is a work in progress. There is so much to add it may take a while - sorry.

Chamomile: A herbal medicine of the past with bright future

See p11 of this article

Effects of Beer and Hop on Ionotropic γ-Aminobutyric Acid Receptors

Benefits of Taurine: More Than a Performance Booster

A Review on Pharmacological Profile of Withania somnifera (Ashwagandha)

Here is a longer extract from the USEF advice to its members:

Persons administering an herbal or natural product to a horse or pony to affect its performance, having been comforted by claims that the plant origin of its ingredients cause it to be permitted by the rules as well as undetectable by drug tests, might have been misled.

The use of herbal and natural products in a horse or pony might result in a positive drug test, i.e., a finding of a prohibited substance, contrary to claims by those who manufacture and/or market such products for profit. The plant origin of any ingredient does not preclude its containing a pharmacologically potent and readily detectable prohibited substance, e. g., cocaine, heroin and marijuana all come from plants.

Although the use of some of these products may not have resulted in positive drug tests in the past, this may change as the USEF Equine Drug Testing and Research Laboratory incorporates new methods into its battery of screening tests, a deliberate and ongoing process.

For the above reasons, the Federation cautions against the use of herbal and natural products. The ingredients and properties of products to be classified as prohibited are valerian, kava kava, passionflower, skullcap, chamomile, vervain, leopard’s bane, night shade, capsaicin, comfrey, devil’s claw, hops, laurel, lavender, red poppy and rawuolfia.”