Sugar blew his brains and protein blew his legs up – EquiFeast’s CORE&MORE to the rescue! 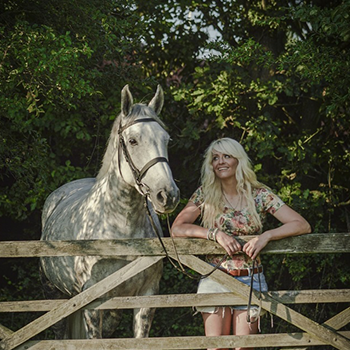 Guy’s journey began in Ireland, then bought by an English gentleman who brought him over to the UK.

On my way home, I was lucky enough to come across Guy been ridden on the M25 Junction 26 roundabout and I was taken back by him so much I stopped and asked if he was for sale. Luckily he was and I managed to find his advert. The following week Guy was tried and had a clear vetting.I became the proud owner of Mr Grey Guy - an Irish Draft x Connie. Due to Guy only everhave hunted, his schooling work was very green, however I took my time with him, let him see the world and do a bit of growing, especially when he was 5.

Since owning Guy, I have struggled at times with his diet and his incredibly spooky behaviour. Too much sugar in his diet will blow his brains, but then too much protein caused all 4 legs toblow up! One minute he was chunky, the next he was lean due to growing still. I really did struggle to get the balance right with his feed, without blowing his brains or his legs! After owning Guy now for 2 years, the growth spurts have stopped at 16hh, but with the excess energy this has turned Guy being more on edge and spookier, especially when he went onto spring grass this year.

I decided something needed to happen to make a positive change, it was now or never to start the next chapter, to help us both succeed as a partnership and to work through this ‘electric spooky’ behaviour. That’s when I called EquiFeast and I spoke to the wonderful Georgina who was so patient with me and went through everything in Guy’s diet. Georgina explained the next steps of using the CORE&MORE Range.

Guy has just finished the CoolCORE STARTER pack and I have seen and felt a real shift in his behaviour, it seems like he wants to think about things more before he reacts or may not even react at all! He is now able to listen to my leg aid in a positive attitude and work in a consistent contact. Guy is a lot more willing and settled now, rather thanhaving an ‘electric spook’. His overall condition has improved massively. He is looking and feeling on top form!

During Covid-19 pandemic, I have been lucky enough to keep riding Guy and even managed to enter some online showing and dressage competitions. Guy has worked amazingly and so consistently in these shows which we struggled with before. We even came 1st inthe Best Condition Redwings Horse Sanctuary Charity Show, whichhad over 600 entries!

I just wanted to say a BIG THANK YOU to EquiFeast for helping Guy and I on thenext part of our journey. 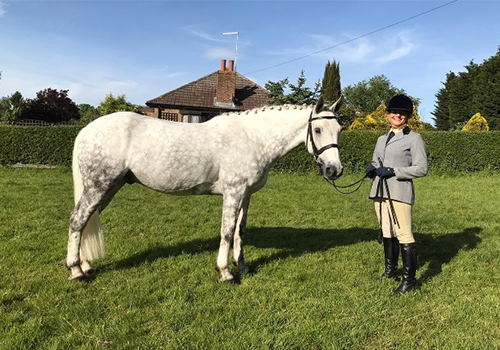 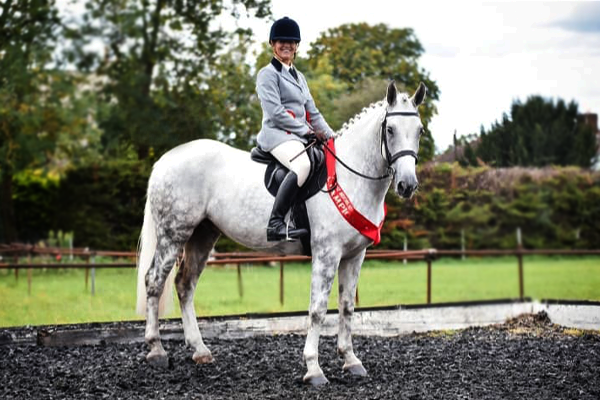 It's been a difficult year for us all.

So, I decided make the most of ‘lockdown life’. I started to tick off my bucket list with new firsts for Guy and I. With the help of CoolCORE on our side, Guy has taken to his new adventures with courage and a brave forward-thinking mind.

We have achieved things I wouldn't think would be possible this year!

We have competed in our first ever one day event at Keysoe in the 70cm and came 8th.

Competed in our first ever working hunter showing class and Won!! :)

Placed 6th and 13th in big classes in Hunter trails and to Top it off we became champions and won our first ever sash. Winning the riding club horse class and won the championship out of the ridden classes that day :)

All I can say, Guy has proven to enjoy his new feed and is ‘CoolCORE happy’ in the face of his new adventures. 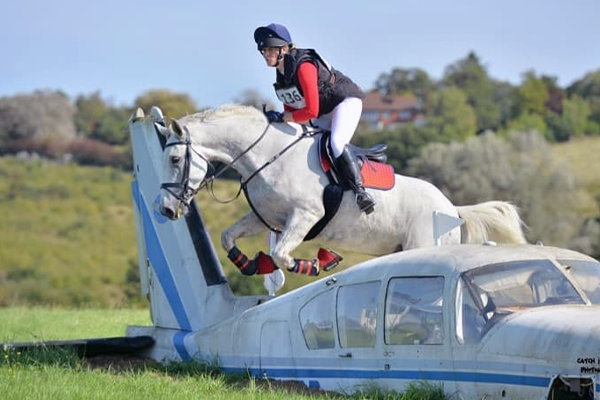